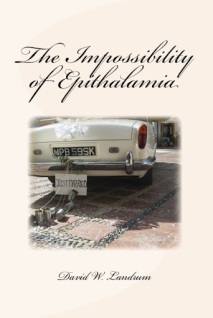 1. What is your favorite poem that you’ve written? Read?

Probably my favorite poem I’ve written is one called, “Gary, 1961,” written early in my career as a poet. It’s about a childhood experience and won a prize. The judge, Thomas Lux, said in his comments that it was “angry and elegiac.” I did not think it was angry but I see now that indeed it was.

To read, I like one called “Relic,” which is clear, has short lines, and a volta at the end.

2. Do you think there is a disconnect between academic poets/poetry and online poets/poetry?

I don’t see much of a disconnect at all. Online poetry is often academic and, as far as I can tell, there is not much difference between what online and “academic” poets write. I dispute the idea that one can be “academic.” I write poems that are based on literature but also purely lyrical poems that have no literary references in them, as I think most poets do.

3. Has the rise of the poetry MFA been positive or detrimental to the art?

Well, as an academe I tend to like degree programs, but I think the MFA industry has hurt poetry to an extent. It has created a network, an old-boys-old-girls club that publish each other’s poems and books and control what kind of poems are published, which is not good. When it began, MFA was good, but I think it has gotten too big and has too much monopoly power over the current poetic scene.

4. Do you write for yourself or for an audience/reader?

I usually don’t have an audience immediately in mind when I write, but as I write an edit a poem, I think of the audience of other poets and how a good poem sounds by current standards. But at first I write for me, to get the expression right, to make sure I say what I want to say and say it well and powerfully.

5. How much of what you write is inspiration vs. perspiration?

There has to be inspiration–by which I mean an idea that enters the mind. It can enter from various sources. I often get ideas when I am reading poetry—though, oddly, most often the idea has nothing to do with the content of the poem I am reading. Sometimes, as with “Gary, 1961,” it is simply something I’ve thought about a lot and it finally congeals into poetry. More rarely, things just float into my head. I think these arise from the language of our memory and something pulls it out. This is “inspiration.”

6. Why do you read or write poetry?

I write poetry because I need to express myself. I remember how, as a kid, a teenager, and a young adult, poetry always spoke to me and identified feelings–resonated with my emotions. There were things I wanted to say, and I saw poetry was the best way to say them, the best way to express emotion and thought and conviction, so I began to write poetry. Having read a lot of poetry, I knew a little of the language, technique, and sound of it, so I began. It has been a long learning process.

I love poetry and I love to write. I began as a formalist, but now my poems are about 50/50 formalism and free verse. Both are good media to convey emotions and strongly remembered experiences; or to write humor or more philosophical poems. The language of poetry is vast and I try to be inclusive in my style and techniques.

~~~~~~~~~~~~~~~~
Couplets: a multi-author poetry blog tour – click for a list of participating blogs and daily entries
Upper Rubber Boot Books is coordinating a book blog tour for April, to help promote poetry and poets for National Poetry Month. Check back here for updates throughout the month of April (we’ll also post updates to our blog, and so will many of the participating poets).
Follow this event on Facebook or Goodreads.