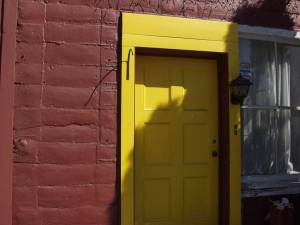 You are not to blame. We separate.
We jump in the river, flailing, sink along
the slippery shore. Angels come too late.
Iridescence decorates the wrong
sky. I close my eyes against the sting
of antiseptic. Plastic tubing smells
forever. We pretend that everything
will be all right. His brother gathers shells
as though the sound of water matters. I
cry when no one knows. My darling son,
can you see the rainbows in the sky?
Not yet, I know. The morphine has not run
its course. The river beckons. I will keep
your dreams safe, my little boy. Just sleep.

Star streams of the Splinter galaxy

My mother thinks the dead can hear us,
swears they drift around, walking through
walls and photographs. And I’ve heard
the house creak at odd times but never
believed in ghosts, never felt the remnant
of a person touch me. I’ve told her this,
told her about the faint trails that surround
the Splinter galaxy, glowing like the demented
arms of a long-dead spirit.

When my grandfather died, they would not
let me see him. I hated the acerbic drama
of the house, the stopped clocks. My father’s
refusal to ever speak of it. No one wept.
Fifteen years later I remember memorizing
constellations all summer, shivering for hours
in the darkened grass. I prayed for a sign,
for a shooting star to wish on, but fell asleep
too soon, never learning the details of his cancer,
how death is a surprise even when you expect it.

The streams around the Splinter galaxy are believed
to be remnants, debris from an interstellar collision
so long gone no one remembers what happened.
Odd how beautiful the photo looks, the soft streams
of one galaxy haunting another, the brilliant edge
of a spiral tucked between as though the eternal
darkness was not at all heavy. And I’ve asked her
what it was like, that night, when everything stopped,
wanting to believe my grandfather knew the universe
could be beautiful, but she says it’s too long ago
to remember for certain.

Nominated for Best of the Net anthology 2010.